What Has Your Pet Taught You About Life? 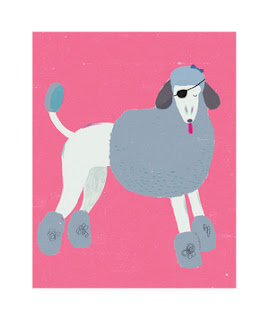 No wonder dogs—not to mention cats, birds, and bunnies—are man’s best friend: These loyal, lovable creatures are also surprisingly wise. This month, readers share lessons from the animals who rule their roosts.

My fat, cantankerous cat, Pasadena, often rolls off the couch accidentally while she’s sleeping. Every time it happens, she gets back up and struts her stuff, as if to say, “Yeah, I fell down, but I’m still awesome.” She reminds me not to take myself too seriously.
Adriana Macias
Albany, California

When Jacques, my 12-pound silver poodle, got into a tussle with a mule deer, he lost an eye. For days afterward, I was devastated. But Jacques had a different reaction. His first morning home from the vet, he got up with his tail wagging, excited to greet a new day. By moving on so quickly, he showed me that you shouldn’t hold on to sorrow when you can be happy. I’ve given him a new nickname—Jacques Sparrow—because he’s the bravest little pirate I know.
Barbara O’Grady
Gardiner, Montana

My two cats do only the things that they want to do. I, on the other hand, often agree to take on responsibilities or accept invitations that don’t interest me, simply because I can’t think of a good excuse not to. But lately I’ve tried to take a page from the Book of Kitty and say, “No, thank you,” when I wish to decline. Thanks, Stachie and Flow!
Barbara Selig
Shoreline, Washington

Living with a puppy who chewed my baseboards, destroyed my shoes, and stained my carpets made me realize that stuff is just stuff—it can be replaced. Now when anyone in the family messes up (the dog has a lapse in house-training; my fiancé breaks a plate or a mug), I simply take it in stride.
Maggie Drew
San Antonio, Texas

Wisdom from my shepherd mix, Boone: Taking a walk in the park (in any kind of weather) will always make you feel better.
Sue Elliott
Tempe, Arizona

The most wonderful things often happen unexpectedly. I’ll never forget the blustery day when I went outside to get the paper and saw a black-and-white rabbit sitting there. The Humane Society couldn’t catch her, but six weeks later I did. In no time at all, this bunny, Oreo, had me wrapped around her little paw. She has brought me so much joy and love—and I never planned on any of it.
Vickie Strayer
Omaha, Nebraska

I learned from my cats that you should stretch before you get up, especially if you’ve been lying down or sitting for a long time. Try it: Your bones, muscles, and mind will thank you.
Tammy Murphy
Maynard, Massachusetts

Last August we lost our four-year-old dog, Sandi, to a sudden illness. We were so sad. Recently, though, we brought a new puppy, Lucy, into our lives. She has made us realize that even while you grieve, it’s possible to share your love with someone new.
Kathi Banholzer
Glen Allen, Virginia

It’s essential to chase what excites you, even if you never catch it. That’s something I learned from all eight dogs I’ve been lucky enough to call my pets.
Shannon A. Clements
Dearborn, Michigan

Whenever I call for my dog, Casey, he takes the longest route possible. This serves as a nice reminder that I shouldn’t opt for shortcuts. Because of Casey, I park far away from store entrances and take the stairs instead of the elevator. It’s good for me, and it allows me to spend less time at the gym.
Susie Reeves
St. Louis, Missouri

My family raises service dogs for an organization called Canine Companions for Independence. We train the dogs and then they’re given to people with disabilities. People always ask me how we can give up these dogs after bonding with them for 18 months. I tell them that the difference the dogs will make in others’ lives is well worth the heartache. These pups have shown me that the greatest gift in life is giving.
Tory Cheshire
Great Falls, Virginia

Never pass up an opportunity to have a little something to eat.
Lauren Spengler
Cambridge, Massachusetts

I never worried about my cursing until my African gray parrot, Mojo, let loose an expletive, which he had clearly learned from me, while a preacher was paying me a visit. I was horrified and embarrassed. I thought, If this bird is picking up my bad language, what must my young son be taking in when I speak? Thanks to Mojo, I’ve tried to be more careful with my words.
Lucette Lucas
Liberty Hill, Texas