The Danger of Online Medications 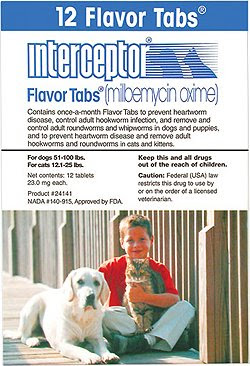 “Discount pet drugs—no prescription required” may appeal to pet owners surfing the Web, but FDA experts say it can be risky to buy drugs online from sites that tout this message and others like it.

Some of the Internet sites that sell pet drugs represent legitimate, reputable pharmacies, says Martine Hartogensis, D.V.M., deputy director of the Office of Surveillance and Compliance in FDA’s Center for Veterinary Medicine (CVM). But others are fronts for unscrupulous businesses operating against the law.

Pet owners who purchase drugs from these companies may think they are saving money, says Hartogensis, but in reality, they may be short-changing their pet’s health and putting its life at risk.

Some foreign Internet pharmacies advertise that veterinary prescription drugs are available to U.S. citizens without a prescription. But, says Hartogensis, “There is a risk of the drugs not being FDA-approved.”

A foreign or domestic pharmacy may claim that one of its veterinarians on staff will “evaluate” the pet after looking over a form filled out by the pet owner, and then prescribe the drug. “A veterinarian should physically examine an animal prior to making a diagnosis to determine the appropriate therapy,” says Hartogensis.

“Both drugs can be dangerous if there is no professional involvement,” says Hartogensis. “It’s not generally a concern if the owner uses a legitimate online pharmacy and mails in a prescription from their veterinarian, who is monitoring the animal. But if there is no veterinarian–client–patient relationship, it’s a dangerous practice.”

Veterinarians often prescribe NSAIDs to relieve pain in dogs. NSAIDs should not be purchased on the Internet without a veterinarian’s involvement because dogs should undergo blood testing and a thorough physical examination before starting NSAIDs
dogs should be monitored by a veterinarian while they are taking NSAIDs
veterinarians should discuss possible side effects of NSAIDs with the owner
the prescription should be accompanied by a Client Information Sheet that explains important safety information to the owner heartworm disease is a potentially fatal condition transmitted by the bite of a mosquito that is carrying infected larvae of the heartworm parasite. Dogs, cats, and ferrets can get heartworm. Heartworm preventives, given daily, monthly, or semiannually depending on the product, kill the larvae before they become adult worms.

The American Heartworm Society recommends using heartworm medication for dogs year-round, no matter where you live in the United States. Getting dogs tested yearly to make sure they’re not infected with heartworm
“Testing is important even in dogs regularly treated with heartworm preventive products due to the occasional reports of product ineffectiveness,” says Hartogensis. An Internet pharmacy veterinarian cannot draw blood from the animal to perform the test. If the test isn’t done, a pet owner could be giving heartworm preventives to a dog that has heartworms, potentially leading to severe reactions.