Some of the oldest animals on earth… 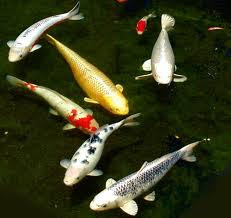 “There are tortoises alive today that were 25 to 50 years old when Charles Darwin was born. There are whales swimming the oceans with 200-year-old ivory spear points embedded in their flesh. There are cold-water sponges that were filter-feeding during the days of the Roman Empire. In fact, there are a number of creatures with life spans that make the oldest living human seem like a spring chicken in comparison.”

Geoducks: large saltwater clams that are native to the Puget Sound and have been known to live for at least 160 years.

Tuataras: The two species of tuatara alive today are the only surviving members of an order which flourished about 200 million years ago — they are living dinosaurs. They are also among the longest-lived vertebrates on Earth, with some individuals living for anywhere between 100 and 200 years.

Red sea urchin: The red sea urchin is found only in the Pacific Ocean, primarily along the West Coast of North America. It lives in shallow, sometimes rocky, waters. They crawl along the ocean floor using their spines as stilts. Some specimens are more than 200 years old.

Bowhead whales: Also known as the Arctic whale, the bowhead is by far the longest living mammal on Earth. Some bowhead whales have been found with the tips of ivory spears still lodged in their flesh from failed attempts by whalers 200 years ago. The oldest known bowhead whale was at least 211 years old.

Koi: Koi are an ornamental, domesticated variety of the common carp. The are common in artificial rock pools and decorative ponds. Amazingly, some varieties are capable of living more than 200 years.

Tortoises: Tortoises are considered the longest living vertebrates on Earth. One of their oldest known representatives was Harriet, a Galápagos tortoise that died of heart failure at the age of 175 years in June 2006 at a zoo owned by the late Steve Irwin. Harriet was considered the last living representative of Darwin’s epic voyage on the HMS Beagle.

Antarctic sponge: Perhaps due to the extremely low temperatures of the Antarctic Ocean, this immobile creature has an extremely slow growth rate. Some estimate the oldest known specimens are 1,550 years old.

Turritopsis nutricula jellyfish: This species of jellyfish might be the only animal in the world to have truly discovered the fountain of youth. Since it is capable of cycling from a mature adult stage to an immature polyp stage and back again, there may be no natural limit to its life span. “

For the full slide show with pictures, visit http://www.mnn.com/earth-matters/wilderness-resources/photos/10-animals-with-the-longest-life-spans