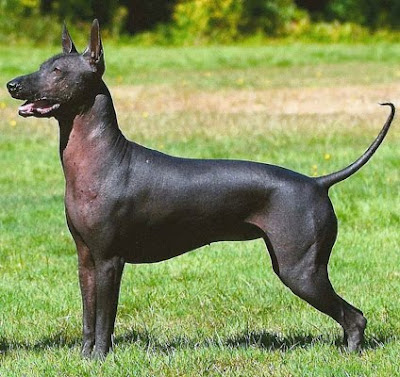 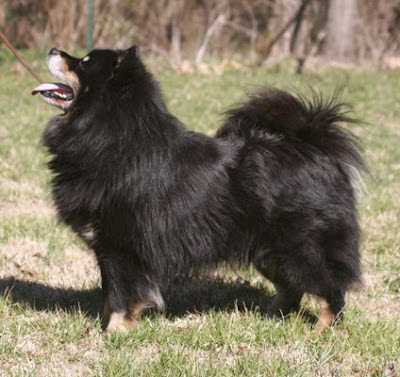 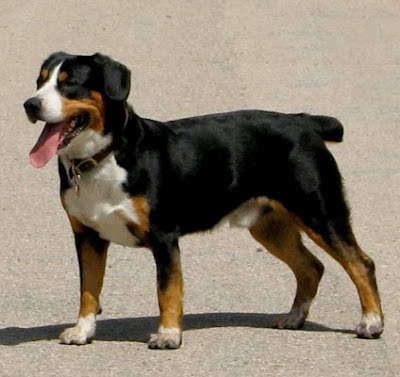 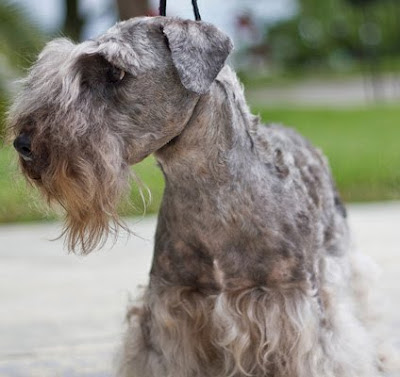 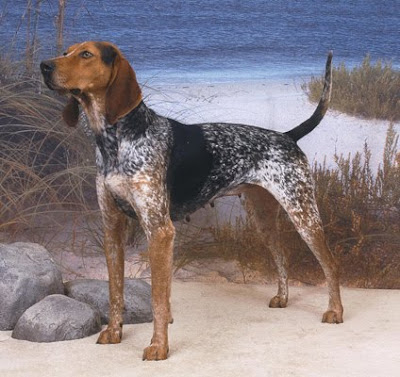 AMERICAN ENGLISH COONHOUND (Hound Group)
The American English Coonhound evolved from Virginia Hounds, descendants of English Foxhounds. Originally these hounds were used to hunt fox by day and raccoons by night and were named the English Fox and Coonhound. Today’s American English Coonhound is a wide-ranging hunter that possesses tremendous speed and endurance, and excellent voice. A strong and graceful athlete, he needs regular exercise to stay in peak shape. The breed’s hard, protective coat is of medium length and can be red and white ticked, blue and white ticked, tri-colored with ticking, red and white, and white and black. The breed is pleasant, alert, confident and sociable with both humans and dogs.

CESKY TERRIER (Terrier Group)
The Cesky Terrier was developed to be a well-muscled, short legged and well-pigmented hunting terrier that could be worked in packs. The Cesky Terrier has natural drop ears and a natural tail. The Cesky is longer than it is tall and has a topline that rises slightly higher over the loin and rump. It sports a soft, long, silky coat in shades of gray from Charcoal to Platinum. The correct coat is clipped to emphasize a slim impression. The hallmarks of the breed should be unique unto itself with a lean body and graceful movement. They are reserved towards strangers, loyal to their owners, but ever keen and alert during the hunt.

ENTLEBUCHER MOUNTAIN DOG (Herding Group)
The Entlebucher Mountain Dog is a native of Switzerland, and the smallest of the four Swiss breeds. A medium-sized drover, he has a short, tri-colored coat with symmetrical markings. Purpose and heritage have resulted in an unusually intense bonding between the Entlebucher and his master. Prized for his work ethic and ease of training, he can transform from a high-spirited playmate to a serious, self-assured dog of commanding presence. The Entlebucher should not be considered a breed for the casual owner. The guardian traits of this breed require thorough socialization, and he will remain an active, energetic dog for his entire lifetime.

FINNISH LAPPHUND (Herding Group)
The Finnish Lapphund is a reindeer herding dog from the northern parts of Scandinavia. The breed is thought to have existed for hundreds, if not thousands, of years, as the helper dog of the native tribes. In modern day, Lapphunds are popular as family pets in their native Finland. They are devoted to their family, friendly with all people, highly intelligent and eager to learn. The dogs have a thick, dense coat that comes in a variety of colors and beautiful, soft, expressive faces. They are strong but very agile.

NORWEGIAN LUNDEHUND (Non-Sporting Group)
The Norwegian Lundehund â€“ or Puffin Dog — spent centuries on the rocky cliffs and high fields of arctic Norway hunting and retrieving puffin birds, an important meat and feather crop to local farmers. Uniquely equipped for their task, this little Spitz-type dog has at least six toes on each foot for stability in the near vertical environs where puffins nest. A flexible skeletal structure enables the dog to squirm out of tight spots or spread-eagle to prevent slips and falls. Lundehunds have a protective double coat, reddish-brown, often with white collar and feet and a white tip on the tail. Today puffin birds are protected and the puffin dog has taken up its new role as an alert, cheerful and somewhat mischievous companion.

XOLOITZCUINTLI (Non-Sporting Group)
The Xoloitzcuintli – “show-low” as it is commonly called – is the national dog of Mexico. Previously known as the Mexican Hairless, it comes in three sizes as well as a coated version – seen in the show ring only in the US and Canada. These dogs descend from hairless dogs prized by the Aztecs and revered as guardians of the dead. Over 400 years later, these dogs were still to be found in the Mexican jungles. Shaped by the environment rather than by man, their keen intelligence, trainability and natural cleanliness have made them a unique and valued pet today.

PrevPreviousThank the Tech that Cares for your Pet
NextBang for Your Bark: AAA picks best canine-friendly carsNext