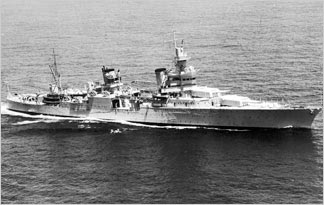 10. The average shark lives to be 25 years old, but some can get as old as 100! They live so long because their chances of contracting a disease are low. Their skeleton is made up entirely of cartilage, which drastically lowers the likelihood of developing a tumor and strengthens their immunity.

9. Modern sharks breathe by ram ventilation, a process that forces water into their mouths and then processes it as they swim forward. When they’re idle, sharks use muscles around the mouth to pull water in and over their gills. Sharks that don’t have muscles strong enough to do the job must take shorter and less frequent rest stops.

8. One of the worst shark attacks in history was the sinking of the USS Indianapolis during World War II. Nearly 900 sailors were stranded in the Philippine Sea near Guam for four days. Experts can’t be sure how many sailors lost their lives to sharks, but when help arrived, only 316 people were still alive.

7. A shark’s tooth-shaped scales, called denticles, allow it to move swiftly through the water without collecting barnacles and algae deposits on the skin. In 2005, engineers successfully mimicked the pattern of scales, creating a bacteria-resistant coating.

6. It’s a shark-eat-shark world … sometimes even before the sharks are born. When some species’ embryos begin to develop teeth, they eat their unborn brothers and sisters until one shark remains, an act known as intrauterine cannibalism.

5. Sharks respond to a sound known as a “yummy hum.” It’s not an actual hum, though. It’s an infrasonic sound (one that’s too low for humans to hear) that injured fish make, drawing sharks to an easy meal.

4. Almost 50 different species of sharks have light-emitting organs called photospheres. Sharks use the light that comes from these organs for camouflage and to attract mates.

2. Sharks living in frigid waters can heat their eyes using a special organ next to a muscle in their eye socket. This ability enables them to keep hunting their prey in extreme temperatures.

1. “Jumping the shark” is the kiss of death when it hits our favorite sitcom, but it’s just as deadly in the real world. Great white sharks off the coast of Seal Island, Africa, are known to jump almost 10 feet (3 meters) in the air to catch unsuspecting seals … or anything else, for that matter.