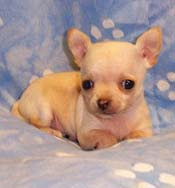 The smallest of the recognized dog breeds, the Chihuahua, is also the one that usually lives the longest. Named for the region of Mexico where they were first discovered in the mid-19th century, the Chihuahua can live anywhere between 11-18 years.

The term “dog days” has nothing to do with dogs. It dates back to Roman times, when it was believed that Sirius, the Dog Star, added its heat to that of the sun from July3 to August 11, creating exceptionally high temperatures. The Romans called the period dies caniculares, or “days of the dog.”

The theobromine in chocolate that stimulates the cardiac and nervous systems is too much for dogs, especially smaller pups. A chocolate bar is poisonous to dogs and can even be lethal.

There are 701 types of pure breed dogs.

There are more than 100 million dogs and cats in the United States. Americans spend more than 5.4 billion dollars on their pets each year.

Though human noses have an impressive 5 million olfactory cells with which to smell, sheepdogs have 220 million, enabling them to smell 44 times better than man.

Using their swiveling ears like radar dishes, experiments have shown that dogs can locate the source of a sound in 6/100ths of a second.

Walt Disney’s family dog was named Lady. She was a poodle.

While small dogs are gaining in popularity, the top dogs are still the big ones. The Labrador Retriever, Golden Retriever, and German Shepherd Dog are first, second, and third on list of the American Kennel Club’s most popular breeds.

Who first thought of using dogs to guide blind people? At the end of World War I, the German government trained the first guide dogs to assist blind war veterans.