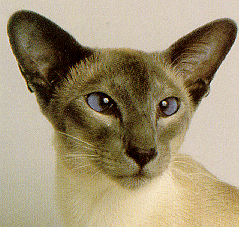 The average canned or dry cat meal is the nutritional equivalent of eating five mice.

The cat family split from the other mammals at least 40 million years ago, making them one of the oldest mammalian families.

The cat is the only animal that walks on its claws, not the pads of its feet.

The cat was domesticated over 4,000 years ago. Today’s house cats are descended from wildcats in Africa and Europe.

The catgut formerly used as strings in tennis rackets and musical instruments does not come from cats. Catgut actually comes from sheep, hogs, and horses.

The catnip plant contains an oil called hepetalactone which does for cats what marijuana does to some people. Not all cats react to it those that do appear to enter a trancelike state. A positive reaction takes the form of the cat sniffing the catnip, then licking, biting, chewing it, rub & rolling on it repeatedly, purring, meowing & even leaping in the air.
The cat’s footpads absorb the shocks of the landing when the cat jumps.

The cheetah is the only cat in the world that can’t retract its claws.

The color of the points in Siamese cats is heat related. Cool areas are darker. In fact, Siamese kittens are born white because of the heat inside the mother’s uterus before birth. This heat keeps the kittens hair from darkening on the points.

The declawing of a pet cat involves surgery called an onychectomy, in which the entire claw and end bone of each toe of the animal are amputated.

The different types of tabby patterns that are seen in domestic cats also occur in wild cats.

The domestic cat is the only cat species able to hold its tail vertically while walking. All wild cats hold their tails horizontally or tucked between their legs while walking. A tail held high means happiness; a twitching tail is a warning sign; and a tucked tail is a sign of insecurity.

The first cat show was in 1871 at the Crystal Palace in London.

The giraffe, camel, and cat are the only animals that walk by both their left feet, then both their right feet when walking.

The Maine Coon is 4 to 5 times larger than the Singapura, the smallest breed of cat.

The Maine Coon is the only native American long haired breed.

The more cats are spoken to, the more they will speak back. The normal temperature of a cat is 101.5 degrees.