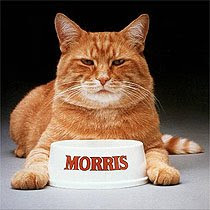 It is estimated that cats can make over 60 different sounds.

Jaguars are the only big cats that don’t roar.

Kittens can clock an amazing 31 mile per hour at full speed, and can cover about three times their body length per leap.

Kittens remain with their mother till the age of 9 weeks.

Like birds, cats have a homing ability that uses its biological clock, the angle of the sun, and the Earth’s magnetic field. A cat taken far from its home can return to it. But if a cat’s owners move far from its home, the cat can’t find them.

Lucy Webb Hayes, wife of Rutherford Hayes, is the first person recorded to own a Siamese in the U.S.

Many cats are unable to properly digest cow’s milk. Milk and milk products give them diarrhea.

Many of a cat’s bones are found in its tail.

Many people fear catching a protozoan disease, Toxoplasmosis, from cats. This disease can cause illness in the human, but more seriously, can cause birth defects in the unborn. Toxoplasmosis is a common disease, sometimes spread through the feces of cats. It is caused most often from eating raw or rare beef. Pregnant women and people with a depressed immune system should not touch the cat litter box. Other than that, there is no reason that these people have to avoid cats.

Morris, the 9-Lives cat, was discovered at an animal shelter in New England.

Most cats have no eyelashes.

Mother cats teach their kittens to use the litter box.

Neutering a cat extends its life span by two or three years.

Never pick a kitten up by the neck. Only a mother cat may do this safely.

Normal body temperature for a cat is 102 degrees F.