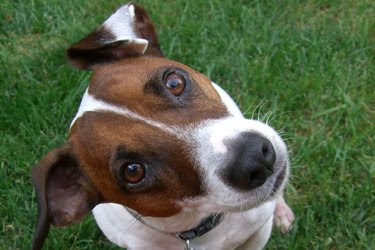 The tallest dog ever recorded stood at a towering 42 inches at the shoulder. Standing on hind legs, the dog reached 6 foot 9 inches. From nose to tail, he was just under 8 feet. The dog was a Great Dane from Great Britain, who lived from 1975 to 1984.

The smallest dog also hailed from Great Britain. The Yorkshire terrier was just 2.5 inches tall from the shoulder and weighed just 4 ounces. The little dog did not survive to his second birthday; he died in 1945.

The world’s oldest dog lived to the ripe old age of 29 years and 5 months. Born in 1910, Bluey, an Australian cattle dog, faithfully herded cattle for more than 20 years before retiring. He died in 1939. (Bluey’s longevity is reliably documented; other claims have not been verified.)

The most prolific mother award goes to Lena, an American foxhound who gave birth to 23 puppies in June 1944, in Ambler, Pa. The little miracles, black and white spotted puppies, all lived and reached maturity.

The bloodhound is the only animal whose evidence is admissible in a U.S. court of law.

Two dogs survived the Titanic disaster – a Pomeranian and a Pekingese.

Mutt is short for the word “muttonhead,” which was slang for dimwit. Somehow the word was applied to dogs in the 20th century, and then to dogs of mixed breeds.

The phrase “dog days of summer” was originally a reference to the constellations. It refers to the period between July and September, when the “dog star” Sirius rises early with the sun.