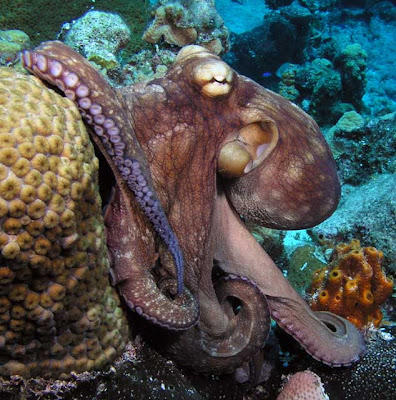 * White tailed deer flick up their tails in response to alarm or fear.

* Dogs stretch out their front legs and lower the front half of their body while
keeping their hind half in the air when they want to play.

* When giraffes are attracted to one another, they press their necks together.

* Kangaroos stomp their back legs to communicate danger to nearby kangaroos.

* To show affection, horses rub their noses together.

* When angry at one another, gorillas stick their tongues out.

* In order to fight and also as a pre-mating ritual, swans intertwine their necks.

* Whales leap out of the water in order to send messages to other whales.

* To discover if they are friends or enemies, prairie dogs revel their teeth and
press their mouths together.

* Fireflies flash light patterns in order to reveal location, sex, and other
information to nearby fireflies.

* Eels communicate their location and their territory by releasing electrical pulses
in different patterns and rates.

* Baboons communicate via facial expressions, quite similarly to humans.

* Octopi change colors to reveal anger and readiness to mate. Some great apes also
do the same.

* Birds release calls, which warn others of predators and other dangers. These calls
also coordinate flocking and reveal aggression.

* Lemurs use many different noises to indicate different things, such as being
startled, being happy, while greeting others, and when threatened.

* Vervet monkeys release at least 3 different alarm calls, one for each different
type of predator. They have one call for an eagle, one for a python, and the third
is for a leopard.