Four-Legged Reason to Keep It Together 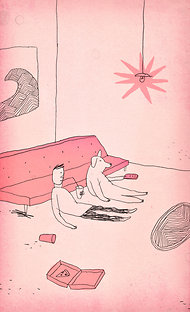 WHEN I met the dog, he was sitting in a cage to my left as I entered a local animal shelter near the running path I frequent in downtown Austin, Texas. I had no intention to adopt a dog. I only stopped for a drink of cold water.

I don’t run to stay healthy, I run to stay thin, and lately to blow off steam. I was engaged to be married, and the relationship with my fiancée was getting frosty, with a lot of yelling and blame being tossed around.