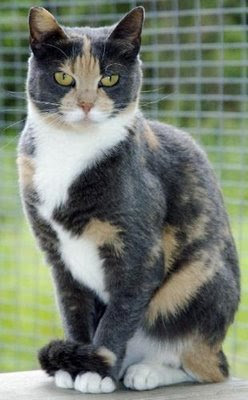 95% of cat owners admit they talk to their cats.

A cat can be either right-pawed or left-pawed.

A cat can jump as much as seven times its height.

A cat can spend five or more hours a day grooming himself.

A cat can sprint at about thirty-one miles per hour.

A cat has four rows of whiskers.

A cat in a hurry can sprint at about thirty-one miles per hour.

A cat sees about six times better than a human at night because of the tapetum lucidum , a layer of extra reflecting cells which absorb light.

A cat that bites you for rubbing his stomach is often biting from pleasure, not anger.

A cat uses its whiskers to determine if a space is too small to squeeze through. The whiskers act as feelers or antennae, helping the animal to judge the precise width of any passage.

A cat will almost never meow at another cat. Cats use this sound for humans.

A cat will clean itself with paw and tongue after a dangerous experience or when it has fought with another cat. This is believed to be an attempt by the animal to soothe its nerves by doing something natural and instinctive.

A cat will never break a sweat because it has no sweat glands.

A cat will spend nearly 30% of its life grooming itself.

A cat will tremble or shiver when it is extreme pain.