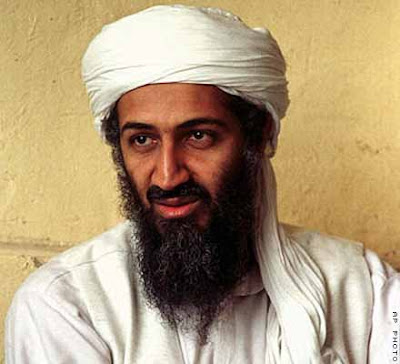 The identities of all 80 members of the American commando team who thundered into Abbottabad, Pakistan, and killed Osama bin Laden are the subject of intense speculation, but perhaps none more so than the only member with four legs.

Little is known about what may be the nation’s most courageous dog. Even its breed is the subject of great interest, although it was most likely a German shepherd or a Belgian Malinois, military sources say. But its use in the raid reflects the military’s growing dependence on dogs in wars in which improvised explosive devices have caused two-thirds of all casualties. Dogs have proved far better than people or machines at quickly finding bombs.

Gen. David H. Petraeus, commander of United States forces in Afghanistan, said last year that the military needed more dogs. “The capability they bring to the fight cannot be replicated by man or machine,” he said.

Maj. William Roberts, commander of the Defense Department’s Military Working Dog Center at Lackland Air Force Base in Texas, said the dog on the raid could have checked the compound for explosives and even sniffed door handles to see if they were booby-trapped.

And given that Saddam Hussein was found hiding in a narrow, dark hole beneath a mud shack in Iraq, the Seal team might have brought the dog in case Bin Laden had built a secret room into his compound.

“Dogs are very good at detecting people inside of a building,” Major Roberts said.

Another use may have been to catch anyone escaping the compound in the first moments of the raid. A shepherd or a Malinois runs twice as fast as a human.

Tech Sgt. Kelly A. Mylott, the kennel master at Langley Air Force Base in Virginia, called dogs ideal for getting someone who is running away without having to shoot them. “When the dogs go after a suspect, they’re trained to bite and hold them,” Sergeant Mylott said.

Some dogs are big enough that, when they leap on a suspect, the person tends to drop to the ground, Sergeant Mylott said. Others bite arms or legs. “Different dogs do different things,” she said. “But whatever they do, it’s very difficult for that person to go any further.”

Finally, dogs can be used to pacify an unruly group of people — particularly in the Middle East. “There is a cultural aversion to dogs in some of these countries, where few of them are used as pets,” Major Roberts said. “Dogs can be very intimidating in that situation.”

Sergeant Mylott said that dogs got people’s attention in ways that weapons sometimes did not. “Dogs can be an amazing psychological deterrent,” she said.

There are 600 dogs serving in Afghanistan and Iraq, and that number is expected to grow substantially over the next year, Ensign Brynn Olson of the United States Central Command said. Particularly popular with the troops are the growing number of Labrador retrievers who wander off-leash 100 yards or more in front of patrols to ensure the safety of the route. A Silver Star, one of the Navy’s highest awards, was awarded posthumously in 2009 to a dog named Remco after he charged an insurgent’s hide-out in Afghanistan.

The training of dogs in Navy Seal teams and other Special Operations units is shrouded in secrecy. Maj. Wes Ticer, a spokesman for United States Special Operations Command, said the dogs’ primary functions “are finding explosives and conducting searches and patrols.”

“Dogs are relied upon,” he continued, “to provide early warning for potential hazards, many times, saving the lives of the Special Operations Forces with whom they operate.”

Last year, the Seals bought four waterproof tactical vests for their dogs that featured infrared and night-vision cameras so that handlers — holding a three-inch monitor from as far as 1,000 yards away — could immediately see what the dogs were seeing. The vests, which come in coyote tan and camouflage, let handlers communicate with the dogs with a speaker, and the four together cost more than $86,000. Navy Seal teams have trained to parachute from great heights and deploy out of helicopters with dogs.

The military uses a variety of breeds, but by far the most common are the German shepherd and the Belgian Malinois, which “have the best overall combination of keen sense of smell, endurance, speed, strength, courage, intelligence and adaptability to almost any climatic condition,” according to a fact sheet from the military working dog unit.

Suzanne Belger, president of the American Belgian Malinois Club, said she was hoping the dog was one of her breed “and that it did its job and came home safe.” But Laura Gilbert, corresponding secretary for the German Shepherd Dog Club of America, said she was sure the dog was her breed “because we’re the best!”

By GARDINER HARRIS
The New York Times
Published: May 4, 2011